Would you like to switch to the accessible version of this site?

Don't need the accessible version of this site?

The Single Most Powerful Tool for Change & Healing 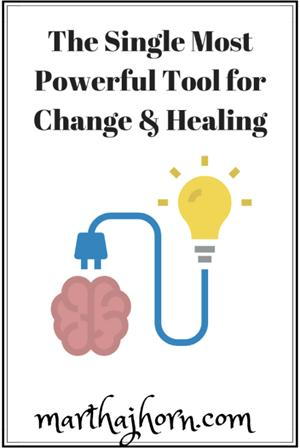 I took a lot of courses in the graduate programs I completed to become a therapist--courses in theories of personality, types of therapy, modalities of therapy, supervision, supervision of supervision (yes, that's really a thing), psycho-spiritual issues, research methods, and the belovéd, ever-popular, multi-course core in statistics, to name only a select few. As a licensed professional, I also have had to complete a significant number of hours of continuing education. Continuing education is the way to learn even more things--to stay current on "best practices," to explore particular subject areas in more depth, or to earn certification in an area of specialization. The bottom line: I have had many opportunities to learn many wonderful things. However, of all the things I've learned, there is one thing I have found to be the single most powerful tool in the area of personal change and healing and that is the power of changing negative self-talk.

Some folks stopped reading after the last sentence. It sounds too simple--so simple that it couldn't possibly be true, but it is. I have seen that power many times over the years with clients, I have seen it with loved ones, and I have

experienced that power for myself. In some ways, it is simple, but that does not mean it's easy. In fact, it's very hard work.

Many folks have internalized years of negative thinking without being consciously aware of it. However, negative self-talk is one of those things that once you know it's there, you can't unknow it. And once you know it, you must make a decision: To continue this pattern or stop this pattern. When you've decided that you want to stop the pattern of negative self-talk, the hard work begins. 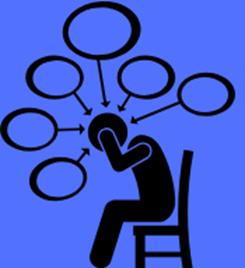 Change is difficult. Most of us have had the experience of adding or subtracting a new behavior, lifestyle change, or some other habit, and we know how difficult those changes can be. Negative self-talk is insidious. It's a poison that eats away at our souls, convincing us that we're "bad" or we "can't," that "we're too thin, too fat, too lazy, too dumb," OR that we're "not attractive enough, smart enough, strong enough, talented enough," etc., etc., etc., sometimes leaving folks stuck in deep, dark holes of depression, anxiety, self-doubt, and sometimes even self-loathing. So--how do we stop the negative tape playing in our heads? Is there an antidote for all of that poison? YES, there is. And the how is composed of 5 important steps.

Simple, yes, but not easy--but definitely worth the work. I can personally testify to that!

What experiences have you had with changing negative self-talk? Share in comments if you're comfortable doing so.

Scheduling must be done on BetterHelp.com